A couple of weeks ago, I had the privilege to preach on Mission Sunday in St. Andrew’s Oxford. Based on the reading of the Servant Song in Isaiah 49 and connected with the Christ song in Philippians 2, I asked the question what place security and vulnerability have in our life in mission. Little did I know that we were asked to ‘walk the talk’ so soon afterwards.

In March Benno and I went to Bangui, the capital of the Central African Republic, to teach a three week course at the theological school where we have lived and worked as a family for 8 years. As long as we have lived there, the Central African Republic has been a politically and military unstable country. And this time again, during our stay, we experienced a coup d’état. On Saturday night we heard that the rebel soldiers had entered the outskirts of Bangui. On Sunday morning the rebels fought their way to the centre of the city and overthrew the government. Following the fighting, the looting started, and sadly the looters of the school next to our compound found a stock of weapons, which was followed by mad celebration and a lot of shooting.

While hiding in a somewhat sheltered part of the house, many memories of earlier war experiences flooded our minds. Through the years, we have always been spared. But we also lost friends to the violence. Many of our friends lost members of their family, experienced abuse and violence. Will there ever be an end to this? Will justice prevail? Will peace come?

And what does this mean for our participation in mission? The most difficult moment in this week was the moment when the question was raised if we should be evacuated by the French army. Why should we be evacuated, when our African brothers and sisters have no such option? Born in a ‘safe’ Western country, will God only call us to go where our physical safety is somewhat guaranteed?

When the first missionaries entered the CAR, some 100 years ago, they entered a thick rain forest, where malaria was rife. Many missionaries fell ill and many died. At that point they did not ask the mission board to allow them to go home or to travel to safer places. They sent a letter to the Mission board in America: “We are dying, send us more missionaries… “

It is true that the shape of mission has changed between then and now. In most places the call of mission has changed from ‘bringing the gospel’ to participation in the mission of the world wide Christian community. But does that change the urgency of the call? Does that change the commitment to the call? Where so many of our brothers and sisters are living in insecurity, facing injustice and violence, should we stay ‘safe’? 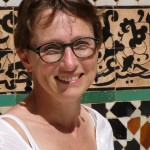